Made by: Swedish aerospace company Saab

The Saab Gripen ("Griffin" or "Catching Bird" in English), is a lightweight

single-engine multirole fighter. It was designed to replace the Saab 35 Draken and 37 Viggen in the Swedish Air Force.

It is powered by the Volvo-Flygmotor RM12 engine, a derivative of the General Electric F404, and has a top speed of Mach 2.

The Gripen has a delta wing and canard configuration fly-by-wire technology.

Canards are smaller (mostly delta) wings placed in front of the major wings of the aircraf. They make sure the plane stays maneuverable even at speeds higher than the speed of sound ( > Mach 1). The Eurofighter Typhoon and the French Dassault Mirage also have a delta wing and canard configuration.

Other great advantage of the Gripen's canards : Since it needs only 650 meters to land and due to it's relatively small size compared to other jets, the JAS-39 is able to land on "normal roads".

This makes it very hard to find for an eventual enemy when it's not airborne since it virtually doesn’t need an Airbase or Airfield.

During the design process, great priority was placed on facilitating and minimising aircraft maintenance in addition to a maintenance-friendly layout, many subsystems and components require little or no maintenance at all.

Aircraft are fitted with a Health and Usage Monitoring System (HUMS) that monitors the performance of various systems, and provides information to technicians to assist in servicing it.[150] Saab operates a continuous improvement programme; information from the HUMS and other systems can be submitted for analysis.[151] According to Saab, the Gripen provides "50% lower operating costs than its best competitor".[98] 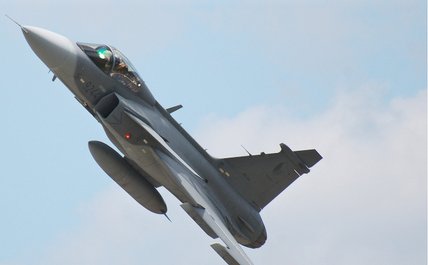 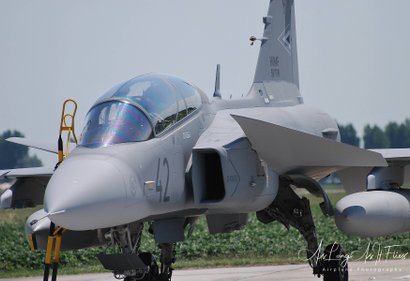 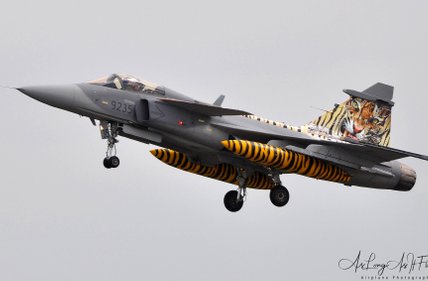